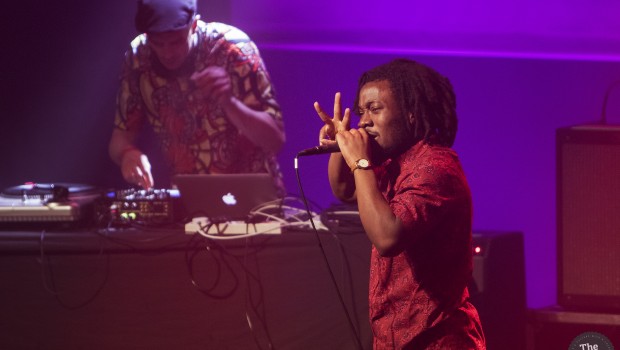 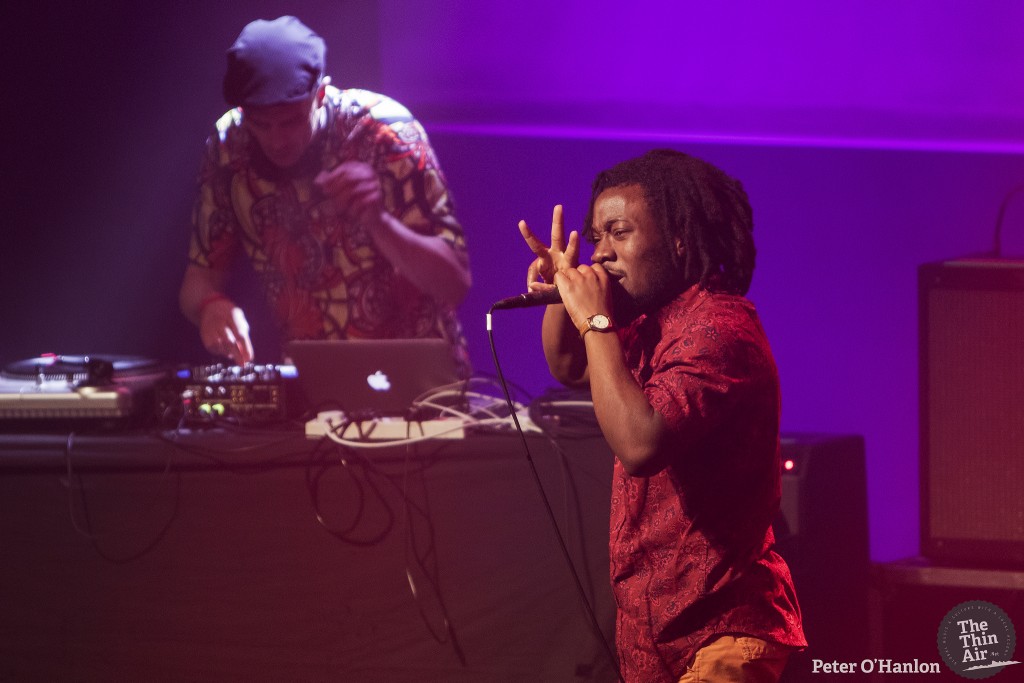 The Choice Music Prize is a pivotal point in the Irish music industry calendar and a celebration of the best of the best of Irish music. Last year’s winner was Derry’s SOAK, who won for her debut, Before We Forgot How to Dream. This year’s awards at Vicar St. was the first time in its history being held in partnership with RTE, and was broadcast live in a special four-hour programme from 7-11pm on RTÉ 2FM, and will be broadcasted on March 18th on RTÉ2 as part of a special RTÉ Choice Music Prize programme.  This partnership is a focal point of host Conor Behan’s opening speech, who stressed the importance of the national broadcaster supporting homegrown acts.

Like previous years the awards are seated, which initially mutes the energy of the night somewhat, and it takes a while for Behan to get a response from the crowd – though his candid and relaxed nature really eased the atmosphere, and any semblance of a shaky start was quickly diminished once the acts begin. The night sees nine of the ten incredible and diverse nominees performing with the exception of James Vincent McMorrow, who is currently in the middle of an Australian Tour. The nominations are refreshingly varied, both in terms of genre, and well established artists including The Divine Comedy, Lisa Hannigan, and Wallis Bird, alongside relatively fresh faces All Tvvins and Rusangano Family – who are the well-deserved winners of the night for their acclaimed self-released debut Let the Dead Bury the Dead – a huge win not only for the Limerick trio, but for independent artists all over the country. 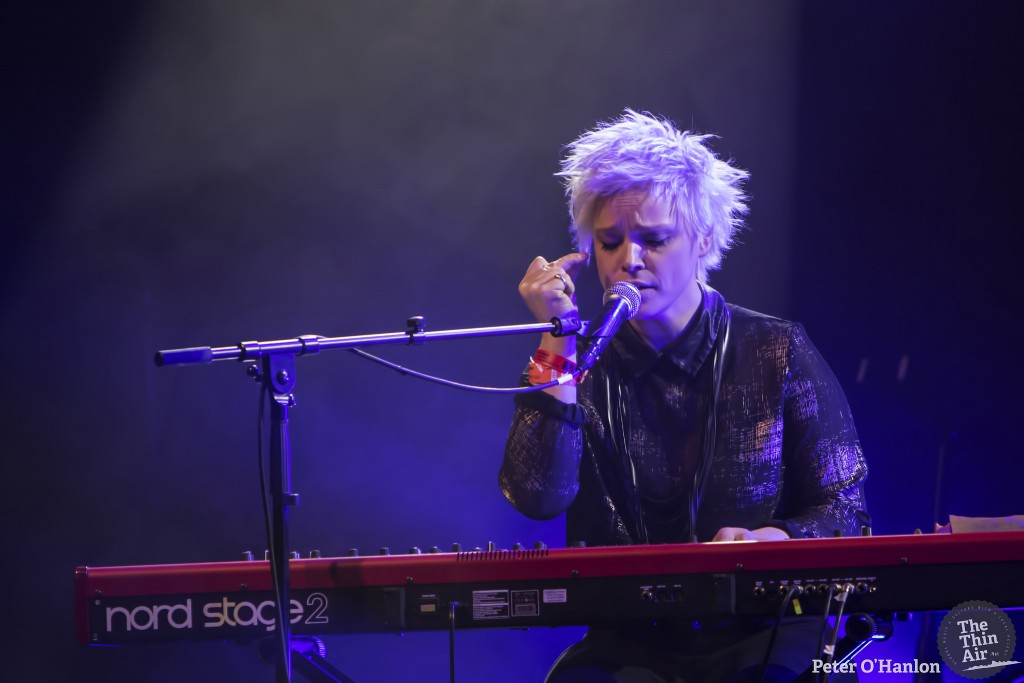 Nominated for her fifth studio album, Home, the performances begin with folk singer-songwriter Wallis Bird (above), who jokingly asks the crowd not to judge her before opening the show. Armed with merely her voice and a loop pedal for most of her performance, she gives a powerful and passionate set that truly shows the calibre of acts nominated tonight, and is a great choice to set the tone and energy of the night.

First-time nominee Bantum (below) AKA Ruairi Lynch is next on the bill. Lynch, whose album is heavy with collabs including fellow nominees and the night’s eventual winners, Rusangano Family, brings Farah Elle on stage for ‘Feel It Out’ and Loah for ‘Take It’. We Cut Corners follow with one of their trademark energetic and lively sets, but also give one of the most emotional performances of the night with ‘Of Whatever’, leaving the crowd so enchanted you could hear a pin drop. 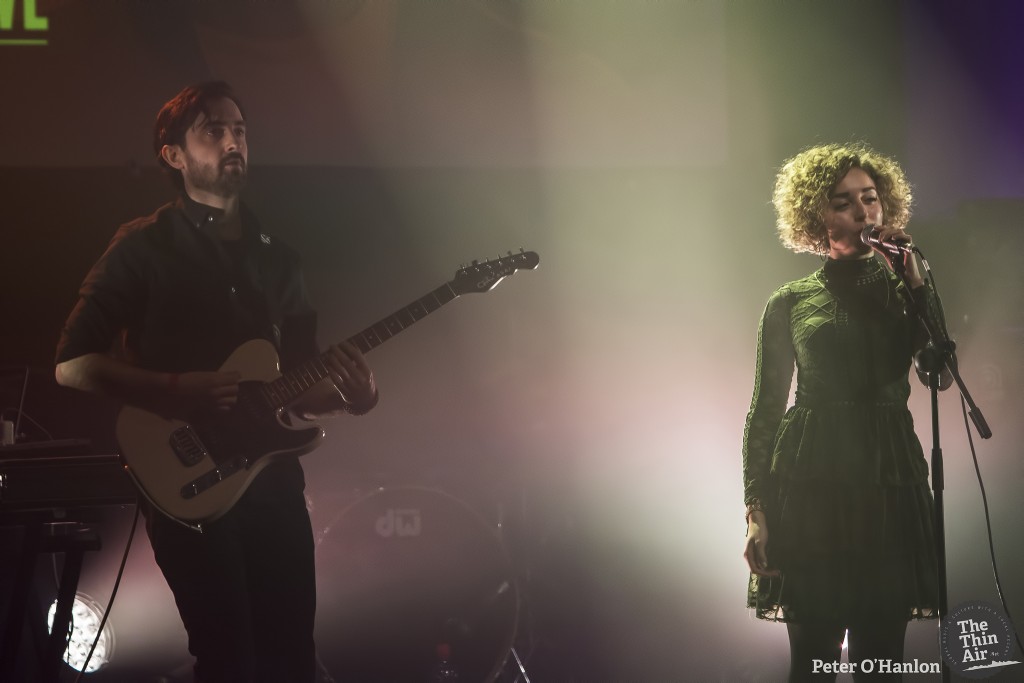 Fresh from a sold out performance in the Bord Gais Energy theatre, The Divine Comedy – surprise winners in 2007 for Victory for the Comic Muse – are clearly one of the most popular acts of the night, with the crowd laughing and singing along to the tracks throughout.

Half-way through the show, the winner of the fan-voted Choice Irish Song of The Year is announced: Picture This for their single, ‘Take My Hand’. While the band couldn’t be there to collect the award due to recording their debut in Nashville, they send a video message with their thanks. The win is a promising start to the young band’s ever-growing success. 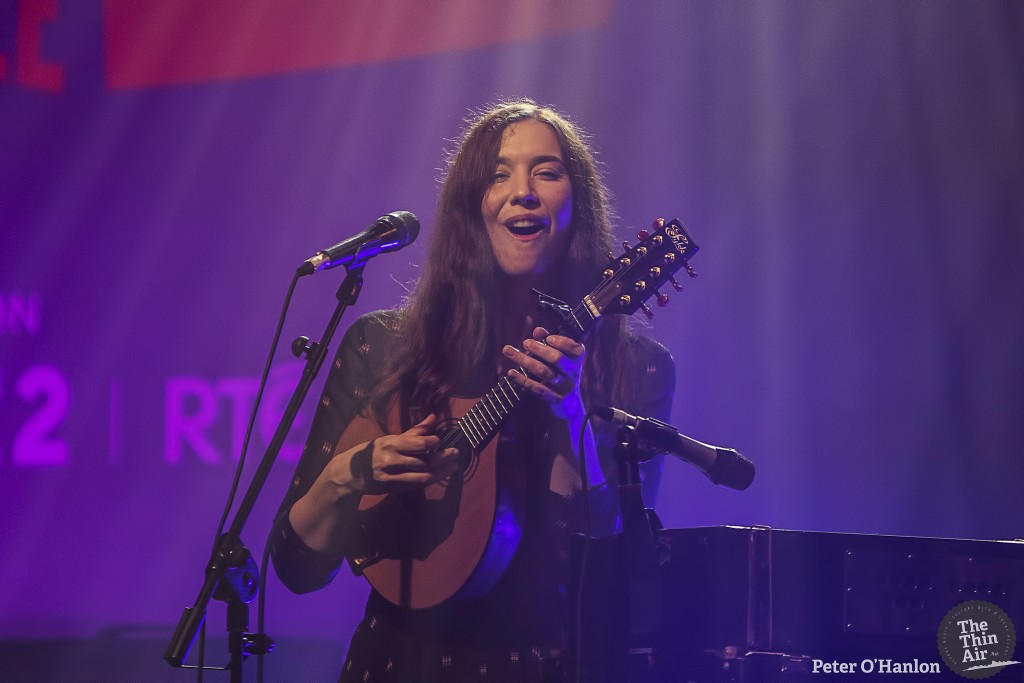 The crowd, who for most of the show are relatively chatty during the acts and on-screen backstage interviews, are completely still and silent for the thrice-nominated and hauntingly beautiful Lisa Hannigan (above), who delivers spellbinding set of tracks from At Swim. Shortly afterwards, the ethereal Katie Kim (below) proves a perfect companion to follow Hannigan’s set, with a hypnotising and sombre set from her darkly precise lo-fi album, Salt, which was the highly anticipated follow up to 2012’s Cover & Flood. 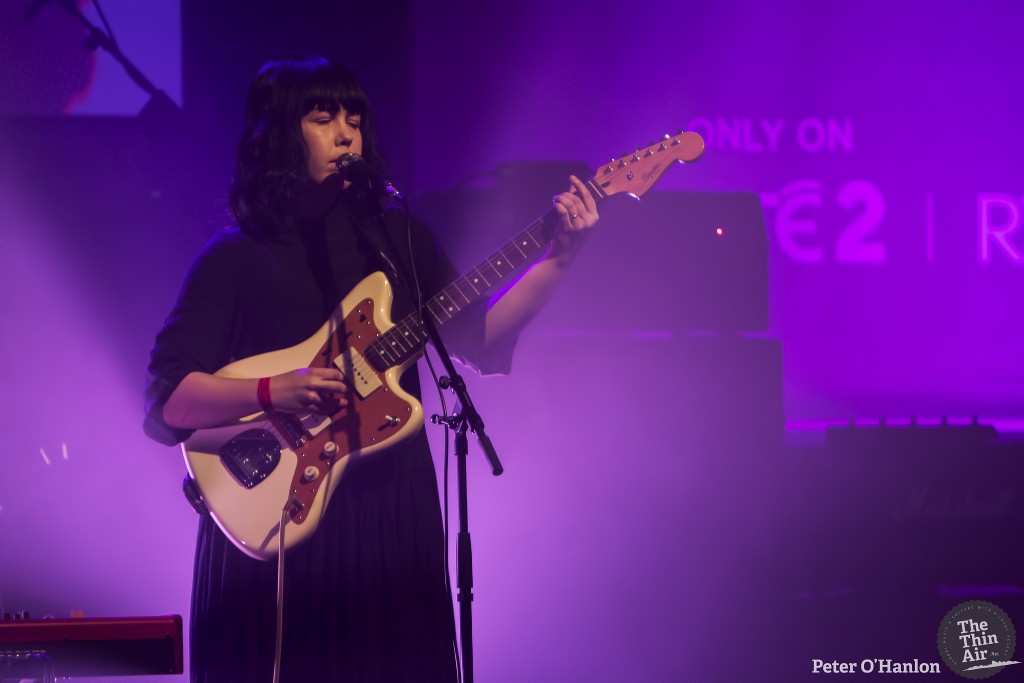 The three closing acts embody the currently thriving Irish music scene, with all three being nominated for their debut albums. Following more subdued sets from Hannigan and Katie Kim, Behan encourages the crowd to get on their feet and chant for Limerick’s Rusangano Family, whose win tonight for Let the Dead Bury the Dead proves the icing on the cake of a hugely successful 2016 which saw the hip-hop trio playing Longitude, the Sugar Club, as well as receiving huge international praise. The group raise the energy of the night like no other, making one wish they were in a venue that little bit more intimate than Vicar St., so as to be as rowdy as one wants – but that doesn’t stop MC God Knows jumping into the crowd to stand on top of a table. Judging by the energy of the crowd during their performance and the massive standing ovation when Snow Petrol’s Jonny Quinn announces their win, it’s no surprise when they’re announced the victors of the night. 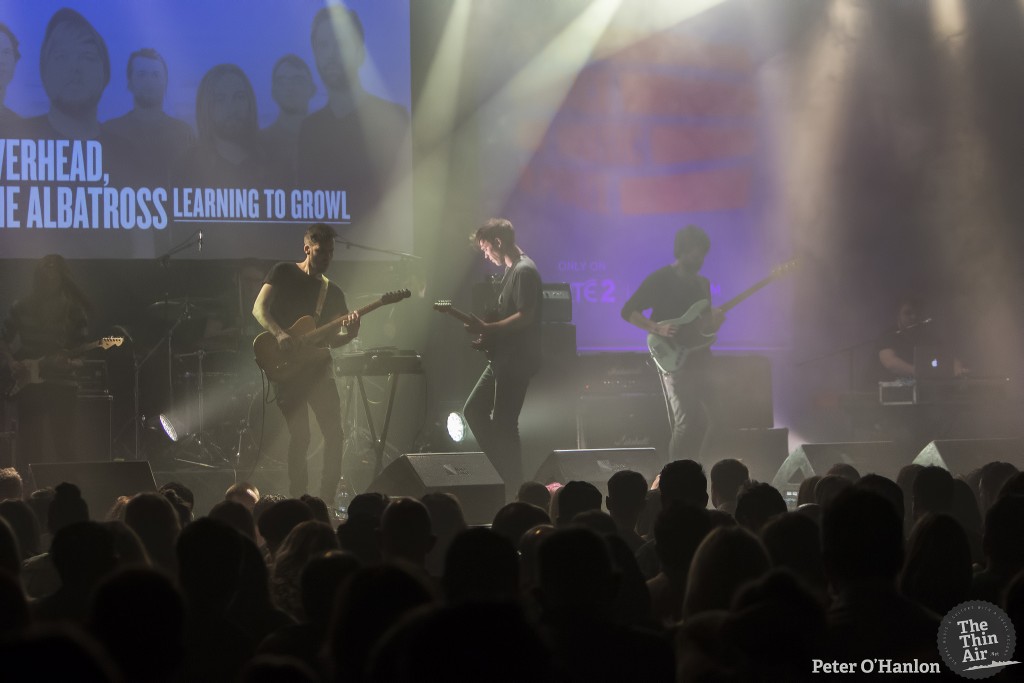 Whilst they may have achieved major mainstream success with their indie-pop sound All Tvvins still have a trace of the previous more experimental sounds of guitarist Lar Kaye’s days with Adebisi Shank. The group, who were just announced to play Jameson Bow St. Sessions, maintain the energetic tone set by the Rusangano Family, with Kaye and vocalist Conor Adams bouncing frantically around the stage. The final act of the night, Overhead The Albatross (above) complete the trifecta of ‘rookie’ debut album nominated artists, for Learning to Growl, and their atmospheric post-rock instrumentals are the perfect closing for such a well rounded celebration night of unique quality and diversity of the Irish music scene. Aoife O’Donoghue